Here's an update from Chelsea's team in Gibraltar/Alcaidesa:

Team Chelsea Gibraltar/Alcaidesa arranged a raffle for three weeks in June, which ended in a very well-attended fundraiser at The Ivy bar in Alcaidesa. 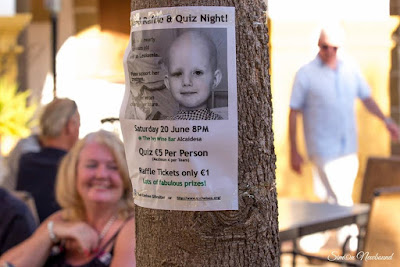 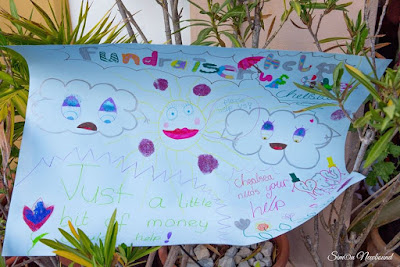 In all, we raised £1,800 plus €340 from the raffle, quiz, change and donations!
Raffle tickets were sold by a number of people, most importantly:
Jennifer Thorvaldsson at Odobo
Donna Gibbs in Mijas Costa
Laura Kilminster at William Hill
A total of 1,056 tickets were sold! Some for £1 and some for €1, so the total is a bit hard to guess J 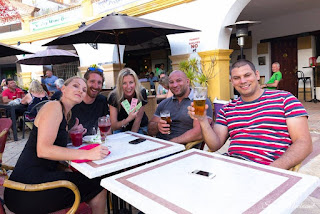 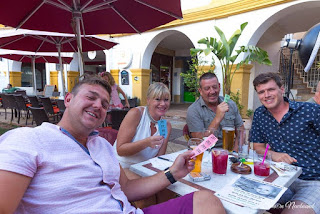 We also ran a Change for Chelsea campaign with jars for coins placed in various places and would like to thank the following especially:
Ramsons shop in Watergardens, Gibraltar
Donna Gibbs in Mijas Costa
The Ivy Bar in Alcaidesa
On 20 June, the fundraiser was carried out at the Ivy with a quiz. Each team member paid €5 to participate and all funds went to Chelsea. We collected more change and sold additional tickets before the final draw. A total of 18 prizes had been donated and we would like to extend our thanks to the following kind companies and individuals: 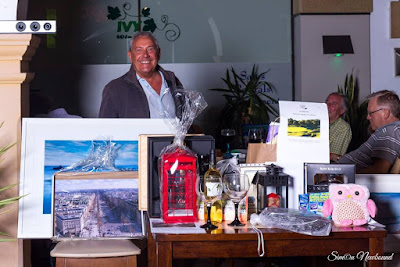 Payoneer: Round of golf for 4 at the San Roque Club
Alcaidesa Golf Club: Round of golf for 2Alan & Elaine of the Ivy: Picnic table with chairs
Simon Newbound: Framed pictureRani Meenagh. Framed pictureDave & Lorraine Westren: Framed pictureVaughan Morgan-Jones : 1-hour hack for two at E3 in Alcaidesa
Dive Charters Gibraltar: Test dive
Jean Kavanagh: Wine set
Dolphin Adventure Gibraltar: Two tickets to the dolphin boats
Mike Bowers: Champagne & 2 glasses
Pat & Nikki Carter : Premium rum
Bio Pizza: Dinner for two and a bag of groceries from their new supermarket
Nicky & Tony: Cosmetics bag, cuddly owl, water bottle, beauty set, candle holder
We would also like to thank:
Elaine at the Ivy for all the help with the raffle, collecting prizes, collecting bags of change and arranging the entire evening.
Katie who wrote the quiz and Louie for his help
Nicky for collecting donations during the previous weekend and selling tickets on the night.
Tony Duxbury who provided us with a sound system for the evening.
Simon for being our photographer for the evening
Bio Pizza for donating food and drinks to our team.
We also received a number of direct donations:
Colin & Vicky €20
Richard Bell €50
Anna & Ryan €50
Fernando & Catarina €50
Sussy Yandley €5
Anne Eriksson with family (Nina’s sister) €25

Posted by Team Chelsea at 4:14 PM No comments: